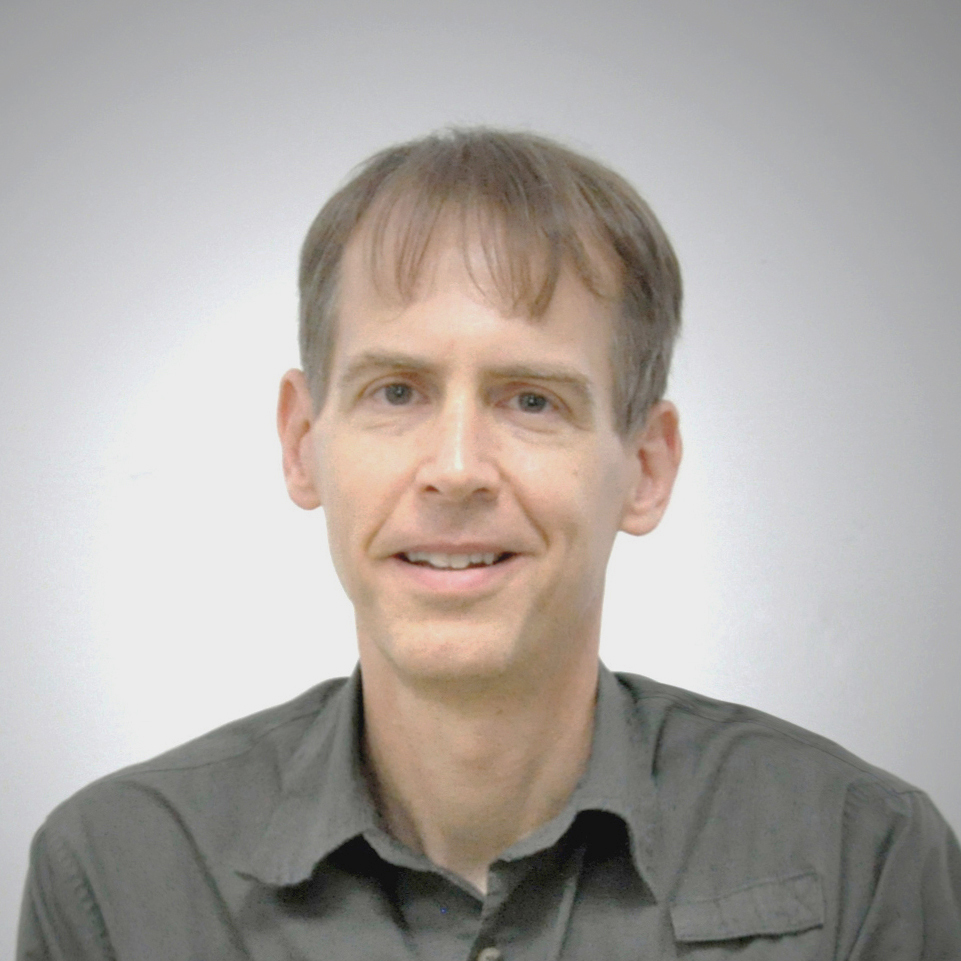 Plant drought resistance is a critical issue in agriculture and is of ever greater interest because of the disruptive effects of climate change.  Plants have intricate mechanisms to detect and respond to decreased water availability that occurs during drought.  Both basic research as well as applied research to enhance performance of economically important plants is limited by the fact that we do not know how plants sense a lack of water and initiate molecular mechanisms important for acclimation and continued productivity.  There are also many changes in metabolism that occur during drought stress with accumulation of free proline being one of the most widely observed.  However, the role of proline metabolism, and other metabolic changes, in drought resistance is also not understood.
Long term goals of the Verslues laboratory are to understand still enigmatic drought sensing and signaling mechanisms as well as better understand metabolic changes associated with drought acclimation (particularly proline metabolism) and their regulation.  For the most promising new mechanisms, we also work toward the application of this knowledge to plant improvement.  Our laboratory has expertise in controlled stress treatments and drought physiology as well as methods to apply molecular genetics and cell biology techniques to the study of plant stress.  We also maintain collaborations with quantitative genetics and biochemist with interest in plant stress and metabolism.

1.Stress function of proline metabolism and its regulation.

We seek to understand how proline metabolism (Figure 1) contributes to drought resistance (Sharma et al., 2011; Bhaskara et al., 2015) and also use proline as a readout of drought sensing and signaling.  Genes found in a forward genetic screen for mutants having altered expression of a Proline Dehydrogenase1 (PDH1) promoter:Luciferase reporter (Figure 2), as well as study of the proline synthesis enzyme P5CS1 are revealing how plant metabolism changes and is regulated during drought acclimation.  In particular, several lines of evidence point to an extensive role of proline metabolism in modulating cellular redox status and connection to organelle (chloroplast and mitochondria) metabolism. 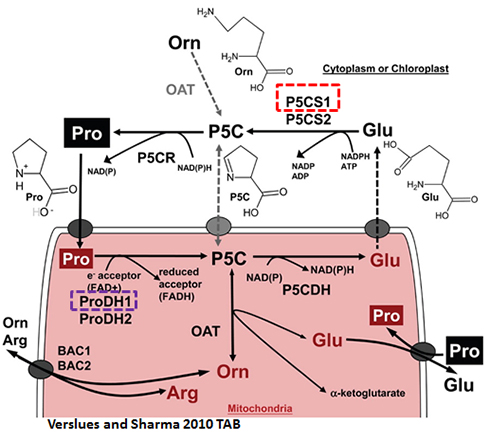 We have identified a membrane-associated protein AFL1 (Kumar et al. 2015) as well as phosphorylation and cytoskeleton mechanisms as key factors which can promote growth during drought (Figure 3).  Study of AFL1 function as well as additional drought signaling mechanisms identified by phosphoproteomics and the PDH1promoter:Luciferase screen are ongoing (Figure 2). 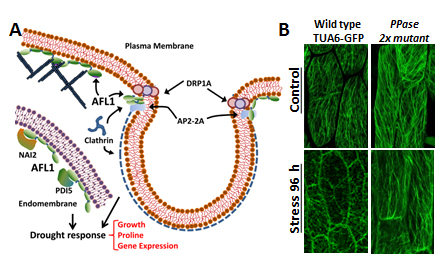 A.Diagram of proposed AFL1 function at the plasma membrane and endomembrane leading to better growth maintainence during drought.  Diagram is from Kumar et al., 2015).
B.Mutants of previously uncharacterized protein phosphatases have more extensive recovery of microtubule structure during drought acclimation. 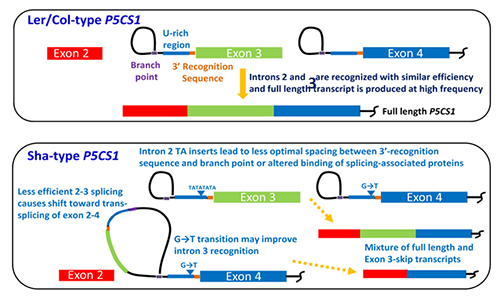 Figure 4:  Differences in P5CS1 intron sequence between Arabidopsis accessions determine the extent of P5CS1 alternative splicing.  This variation is in turn related to differences in proline accumulation and adaptation to environments with different water availability.  Figure is from Kesari et al., 2012. 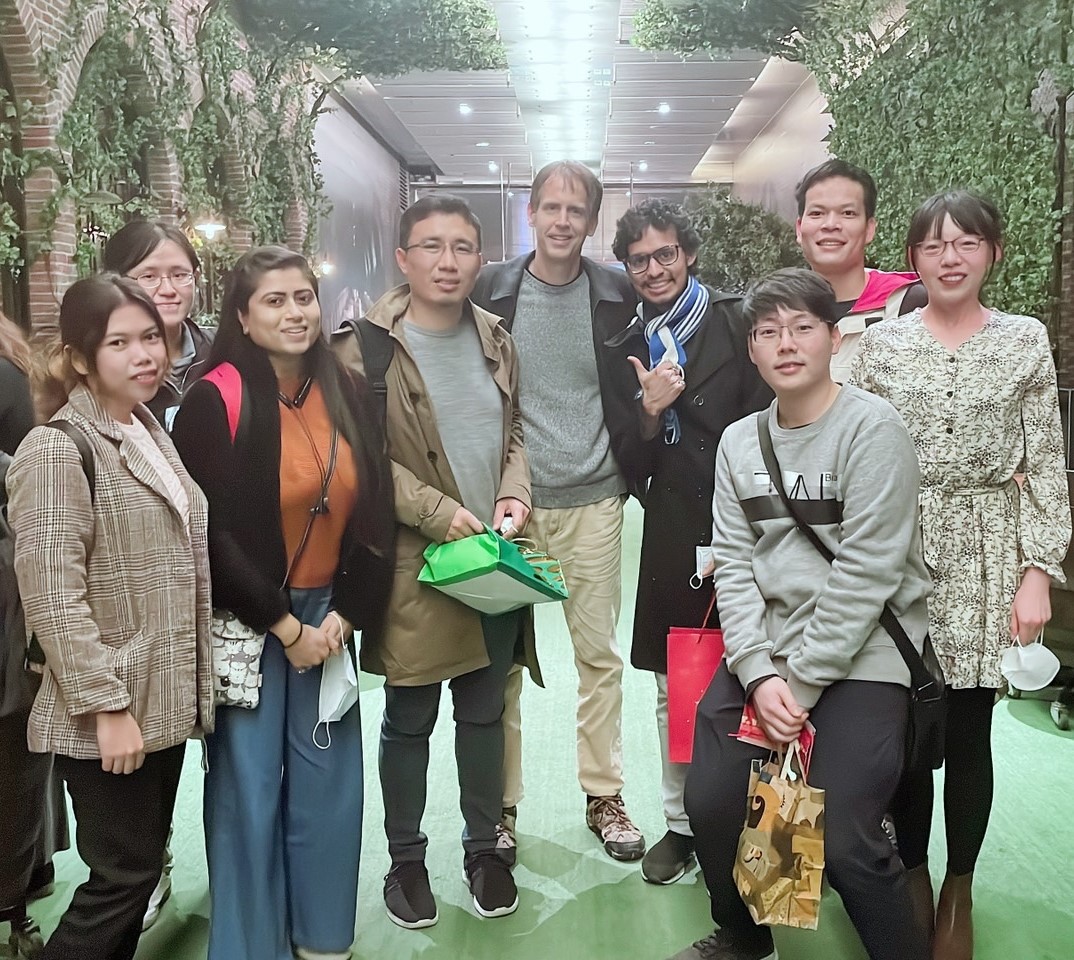 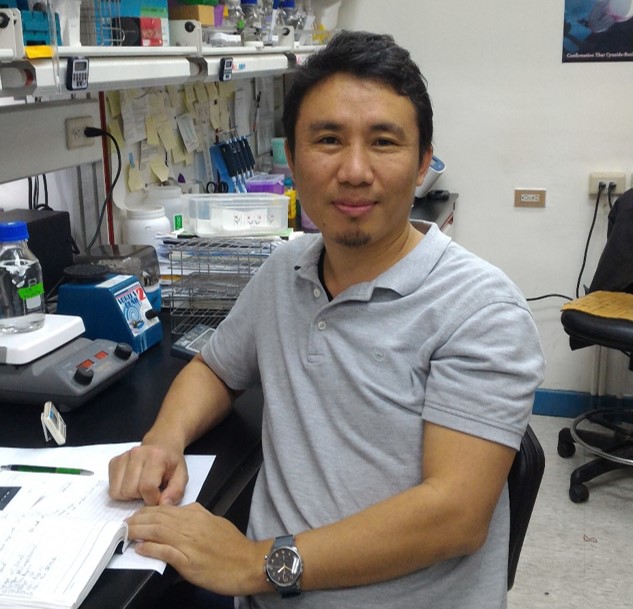 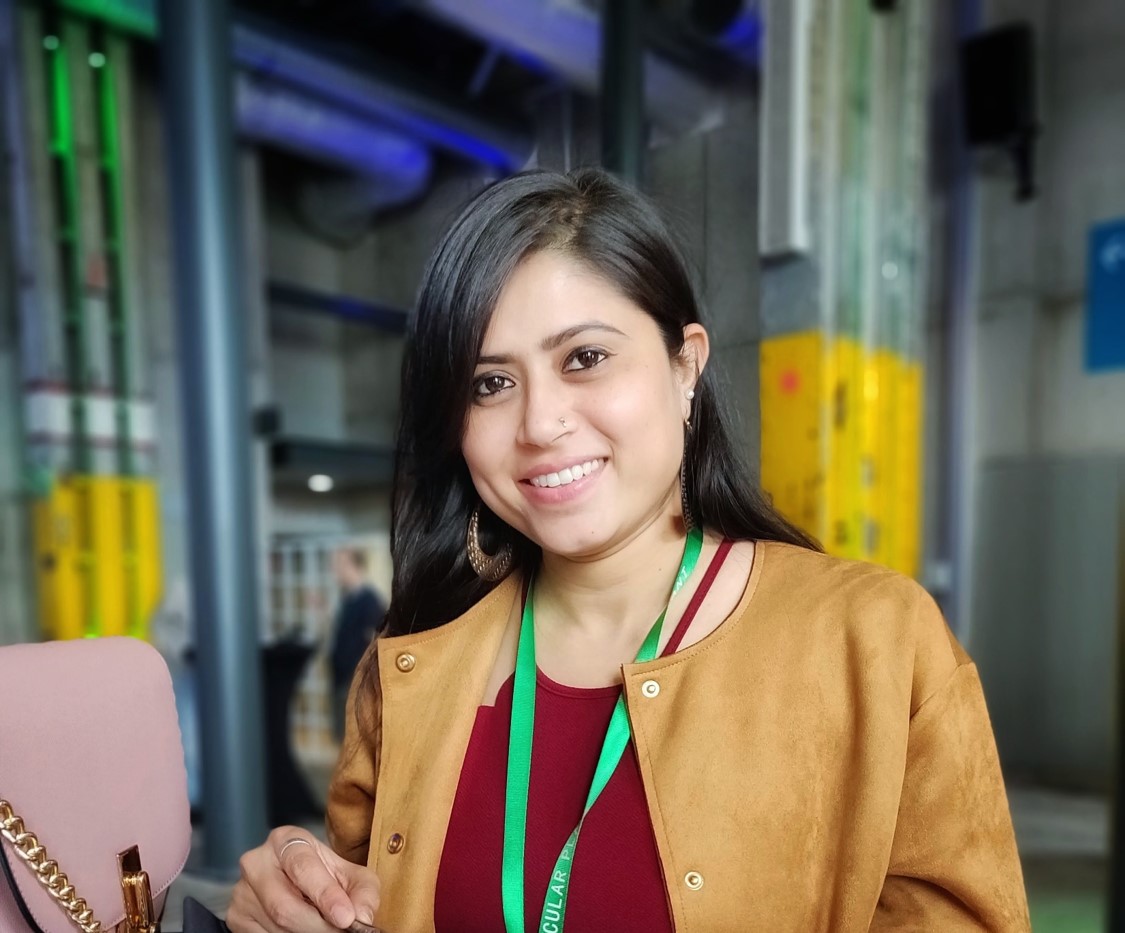 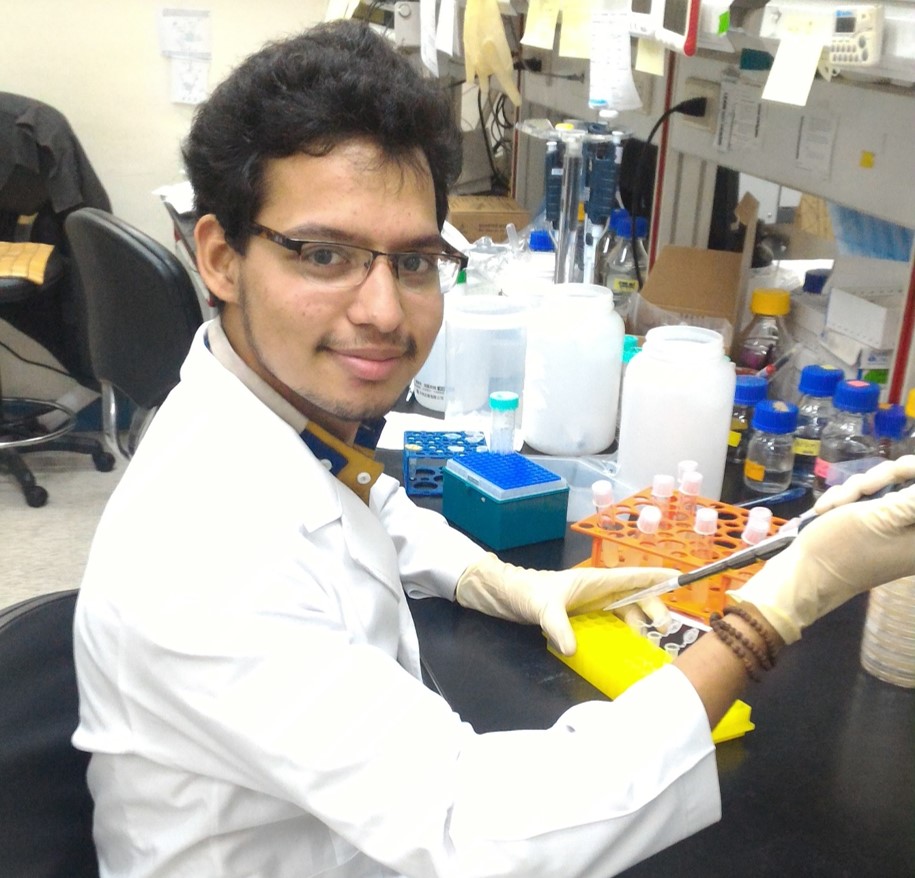 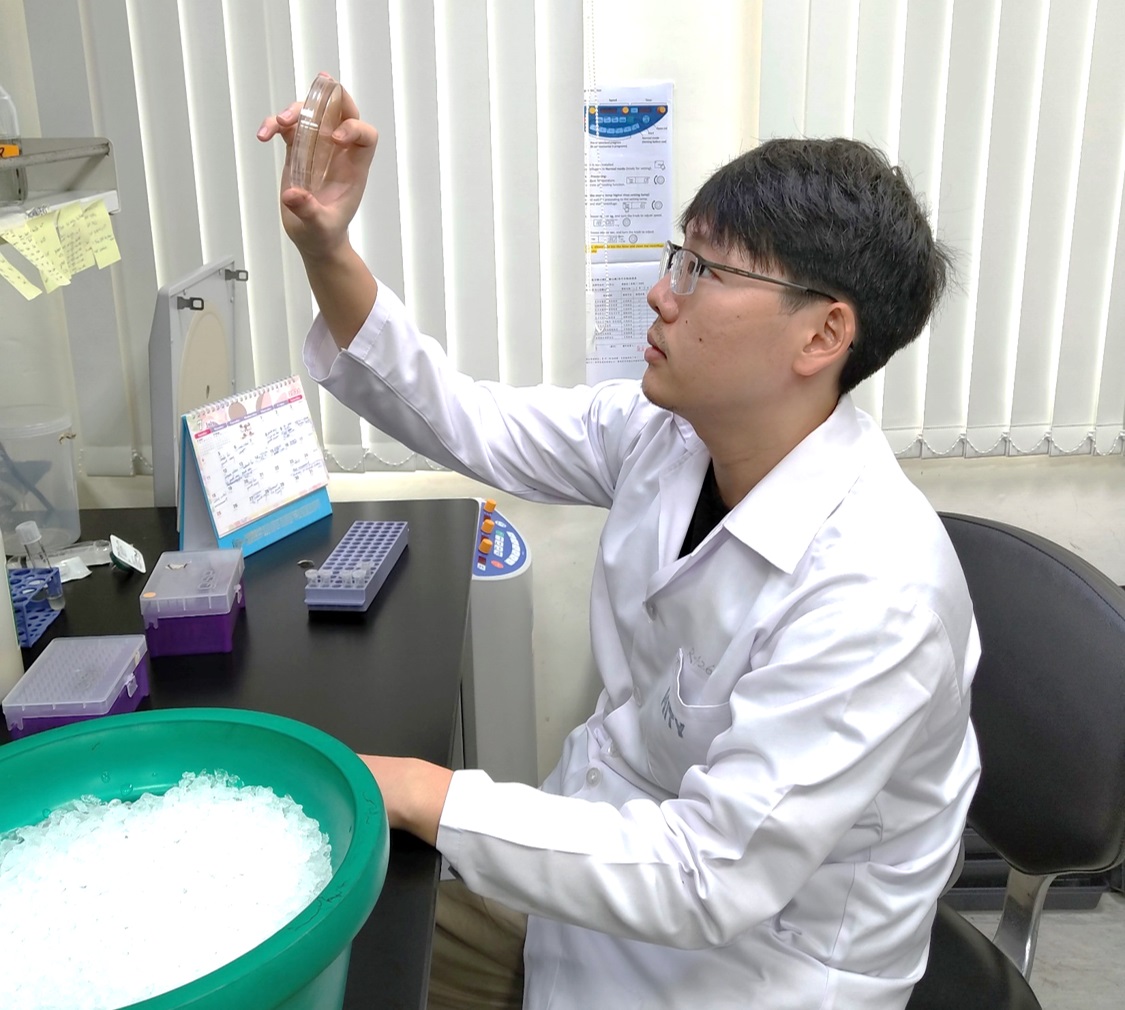 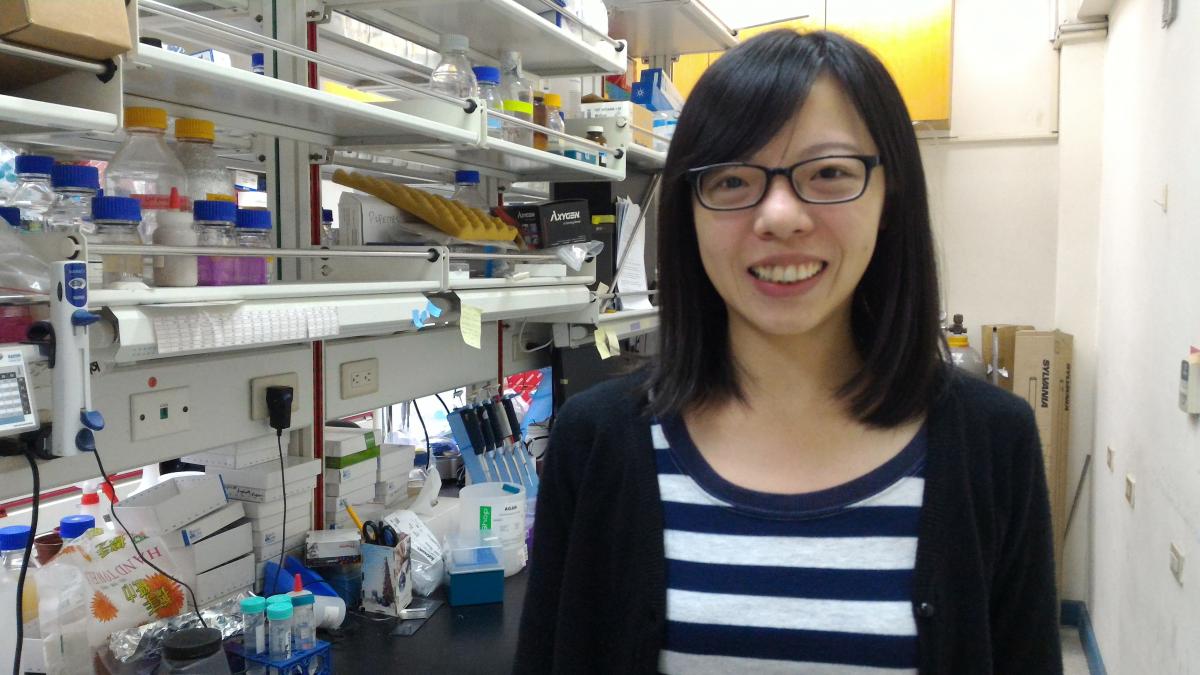