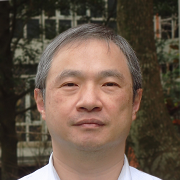 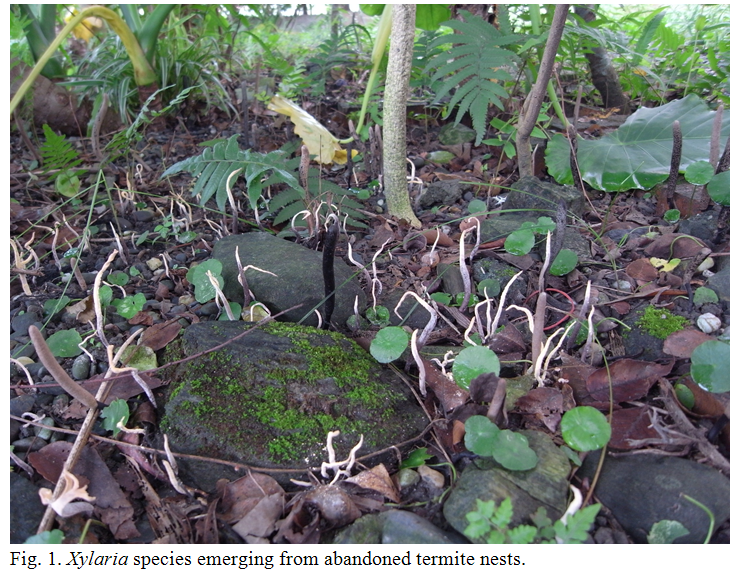 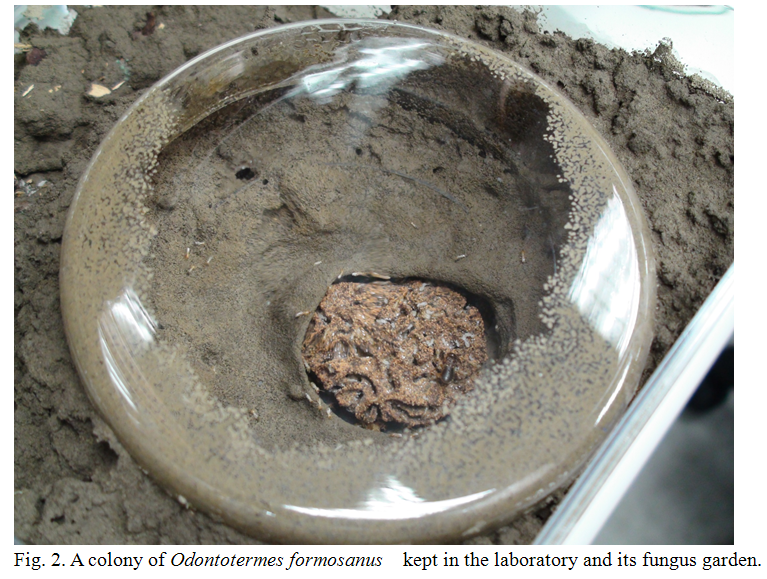 Our researches are mainly on fungal studies, including (i) taxonomy and phylogeny of fungi in the Xylariaceae, and (ii) biodiversity and biological aspects of fungi found in nests of black-winged subterranean termite (Odontotermes formosanus).

Fungi in the Xylariaceae (Xylariales, Pyrenomycetes, Ascomycota) have mid-sized to large fruiting bodies and are commonly encountered throughout the world, with the diversities higher in the tropical and subtropical regions. There are more than 1,000 species globally and approximately 200 species in Taiwan. Most are inhabitants of wood, seeds, fruits, or leaves of angiosperms; a few are found on gymnosperms or tree ferns. Still others are associated with termite nests. Many are capable of decaying wood, and some are plant pathogens causing cankers or root rots. Many studies on endophytes manifest that xylariaceous fungi are frequently isolated from living plant tissues. Xylariaceae can be divided into two subfamilies, Xylarioideae and Hypoxyloideae. We have accomplished world treatments on many genera of the Hypoxyloideae and are working on those of the Xylarioideae, especially the genus Xylaria. We use combined sequences of multiple protein-coding genes to infer phylogenetic relationships of xylariaceous clades. Species of a clade are then checked if they share common features, such as teleomorphic morphology, anamorphic type, colony type, substrate, geographical distribution, etc.

There are ca. 330 species of termites that are capable of cultivating fungi, with which they form an ectosymbiotic relationship. The termites belong to the subfamily Macrotermitinae, whereas the fungi that the termites cultivate in their fungus gardens belong to the mushroom genus Termitomyces. Abandoned termite nests are usually taken over by fungi of the genus Xylaria. Although Odontotermes formosanus is the only macrotermitine termite in Taiwan, the fungal diversity associated with its nests is fairly high, including four Termitomyces species and 15 Xylaria species, and is expected to increase with further investigation. We have successfully inoculated various Termitomyces species into laboratory-reared colonies of O. formosanus and are in the hope of learning Termitomyces cultivation through observing termite’s fungiculture—the agricultural activity involving fungi as cultivars. In addition, we are also interested in understanding biological questions relating to Xylaria species in termite nests, such as the roles that they play in the nests and how they are transmitted from one nest to the next.