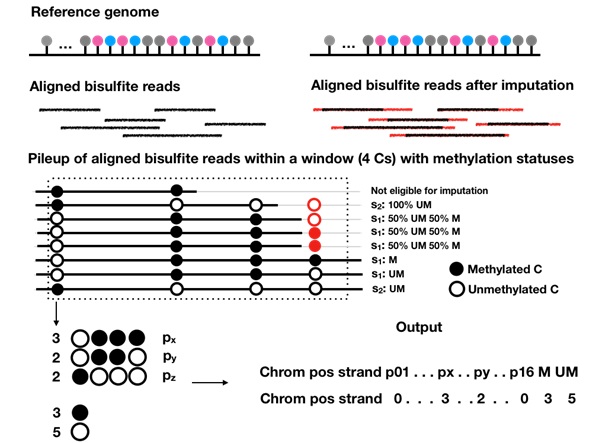 Figure: Schematic representation of the output of BSImp. First the reads are aligned to the reference genome, given any window of specified number of cytosines (here is 4), methylation statuses are extracted and missing values imputed if valid, then methylation profiled as a vector including chromosome, position, strand, the copy numbers of all possible methylation patterns starting at the position, and number of methylated and unmethylated cytosines.