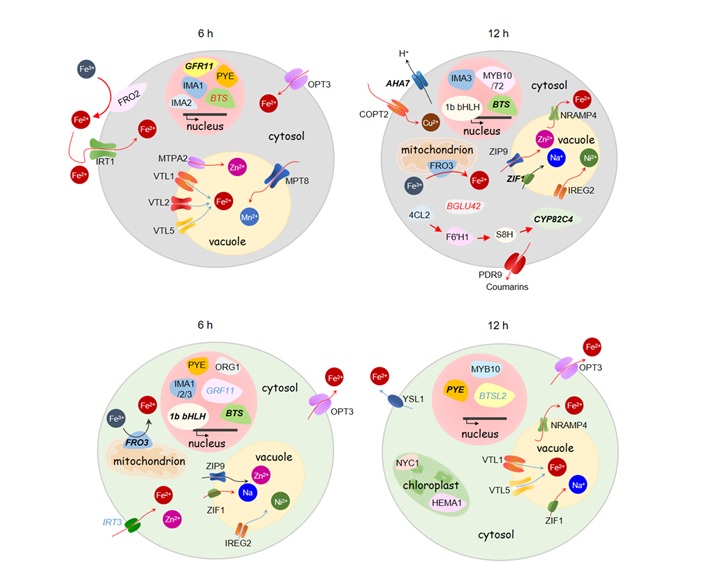 Iron is an essential micronutrient that plays pivotal roles as an electron donor and catalyst across organisms. To counteract limited iron availability, a situation frequently encountered in alkaline soils, plants have evolved a suite of mostly transcriptionally regulated responses that mediate the acquisition of iron from recalcitrant pools. In collaboration with Wendar Lin from the bioinformatics core lab, En-Jung Hsieh and Wolfgang Schmidt discovered a network of concatenated homeostatic mechanisms that are induced in response to iron deficiency in a precisely timed pattern to ensure supply is matched to demand. Conspicuously, the researchers found that the propensity of a gene to be controlled by alternative splicing is strongly dependent on gene architectural traits such as intron number and splice site strength, while transcriptional regulation appears to be biased by but not dependent on such genomic features and promiscuously employed when pronounced changes in gene activity are required. The data of the study further revealed that alternative splicing events triggered by short-term exposure to iron starvation are in large part congruent with observations from proteomic, physiological and metabolic studies conducted at later stages of iron deficiency, suggesting that alternative splicing is forerunning subsequent alterations in protein abundance and enzyme activity.