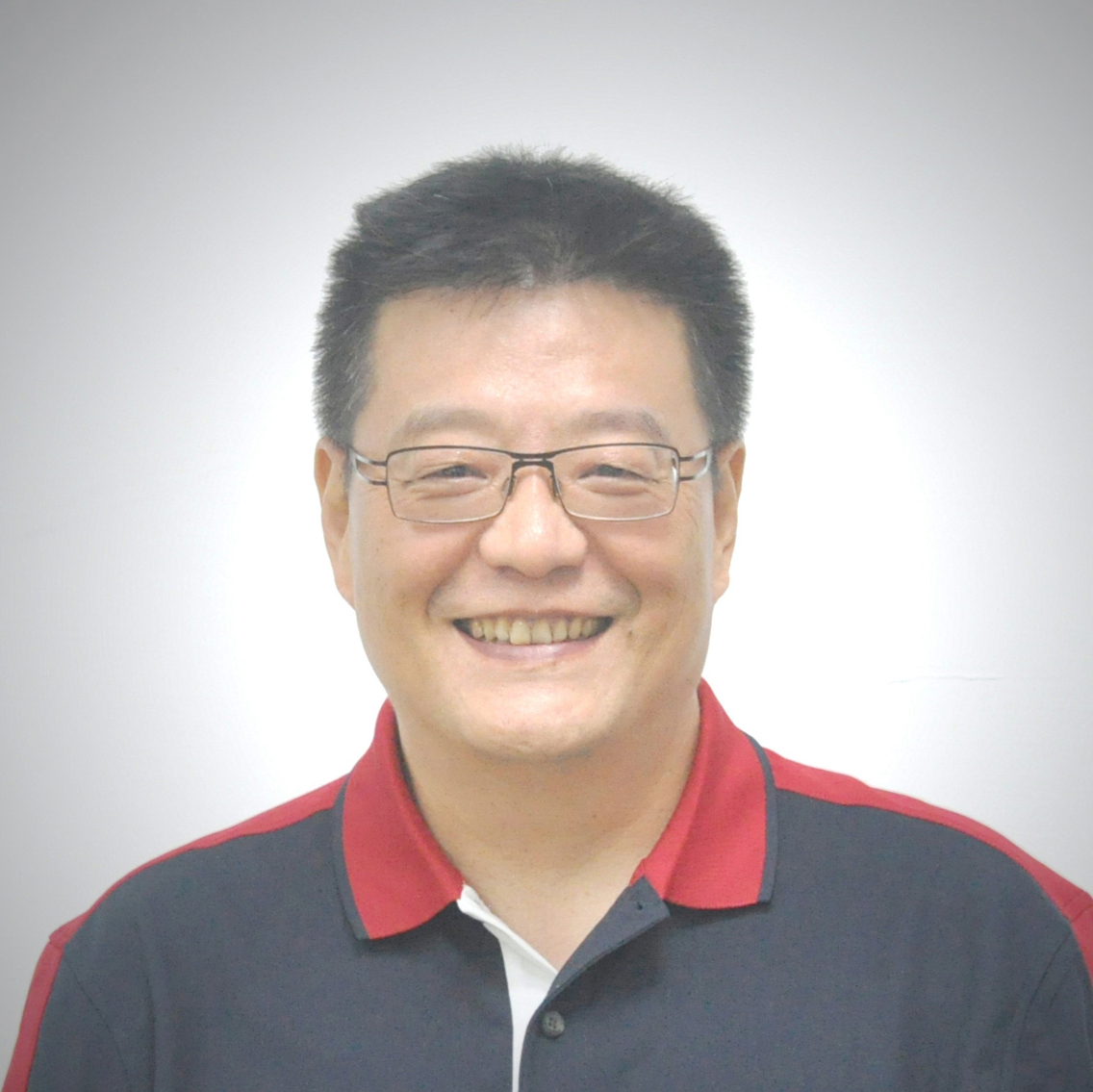 Seeds and grains constitute the major source of food supply around the world, and their production depends on successful double fertilization and subsequent embryogenesis. To meet the needs of the fast-growing population and dramatic global weather change, the yield potential of crops must be increased. With my prime expertise in plant cell biology, my long-term research interests focus on exploring the biological functions of genes/proteins in plant sexual reproduction, including microspore development, pollen tube elongation, pollination, and embryogenesis. Few years ago, we initiated a bioinformatic approach to search the promising T-DNA insertional mutants with defective gametophytic and/or embryogenetic development in all Arabidopsis genes. After careful phenotyping, genotyping and complementation with their genomic sequences, more than one dozen of uncharacterized genes were obtained and some of them were chosen for functional study. These T-DNA-insertional mutants showing severe defects during plant reproduction and lacking homozygote progenies were called no homozygote progeny mutants, nhps. 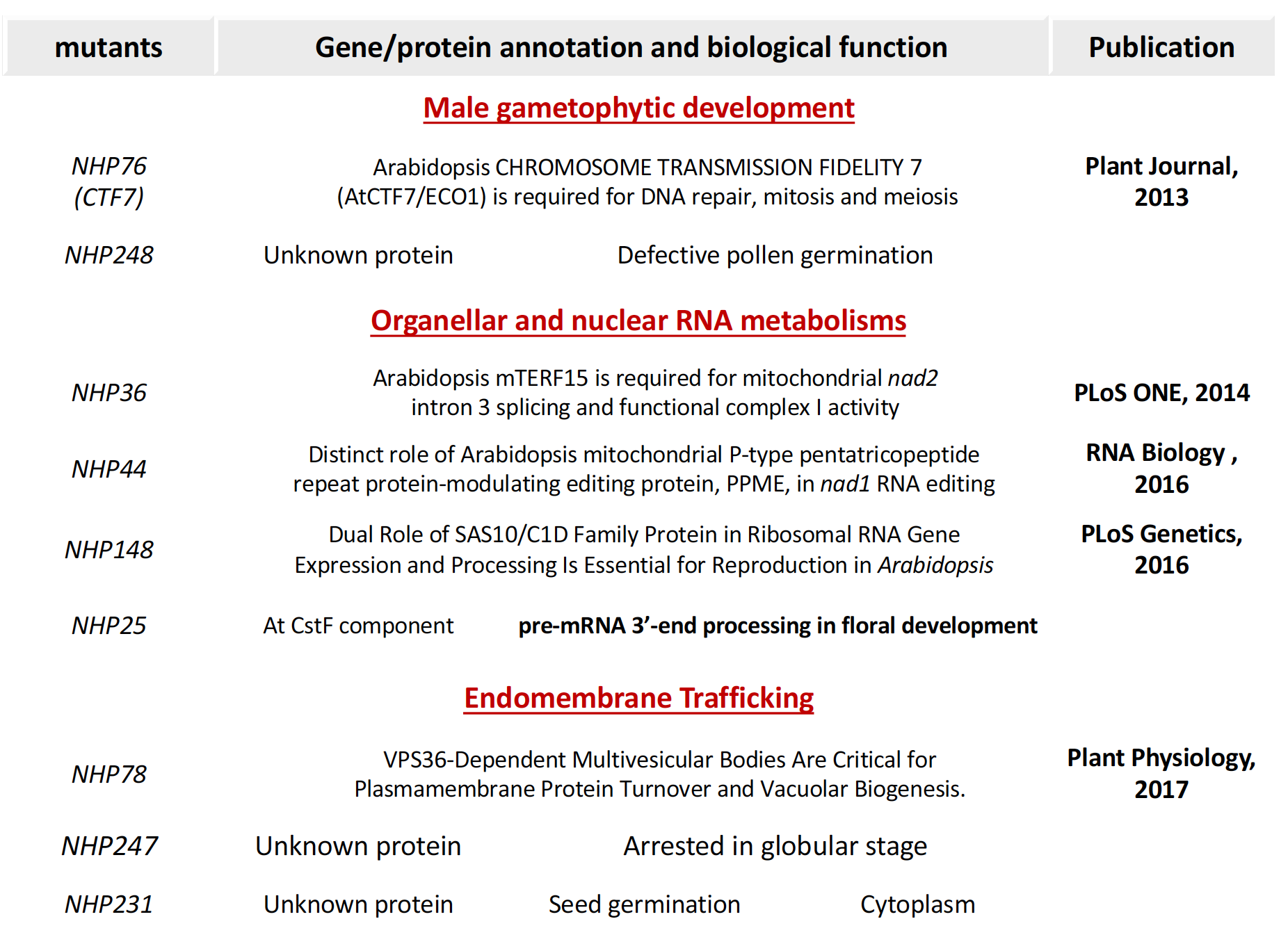 In flowering plants, pollen, the male gametophyte, deposited on the stigma of a flower germinates by producing a pollen tube that grows through the style and into the micropyle of an ovule to release its two sperm cells for double fertilization with the egg and central cell. Understanding the pollen tube gene functions involved in gametophytic development and pollination will provide new insights into the complicated regulatory machinery involved in these crucial processes. Nevertheless, it has become increasingly clear that signals from the maternal tissue are vital for in vivo processes. A number of pollen-specific genes have been described closely with respect to the timing of transcription and translation during pollen maturation, germination and tube cell growth. Nevertheless, most of these studies were conducted under in vitro conditions due to the difficulty in collecting enough in vivo pollen tubes within the solid maternal gynoecium. By using a pollen-specific promoter (ProLAT52) to generate an epitope-tagged polysomal-RNA complex, we obtained mRNAs undergoing translation (the translatome) of in vivo-grown pollen tubes from self-pollinated Arabidopsis gynoecia. Translatomes of pollen grains as well as in vivo and in vitro cultured pollen tubes were assayed by microarray analyses, which revealed more than 500 transcripts specifically enriched in in vivo elongating pollen tubes. Functional analyses of several in vivo mutants of these pollination-enhanced transcripts revealed partial pollination, fertilization and seed formation defects in siliques (Lin et al., 2014). Cytology observation confirmed the involvement of these genes in specialized processes including micropylar guidance, pollen tube burst and repulsion of multiple pollen tubes in embryo sacs. For example, two Arabidopsis Small Auxin Up RNA genes, SAUR62 and SAUR75, show expression upregulated by pollination. Both SAUR62 and SAUR75 mainly localized in pollen tube nuclei, and siliques of homozygous saur62 (saur62/-), saur75 (saur75/-), and the SAUR62/75 RNAi knockdown line had many aborted seeds. Pollen viability of these mutants and RNAi lines was normal, but in vitro and in vivo pollen tube growth was defective, with branching 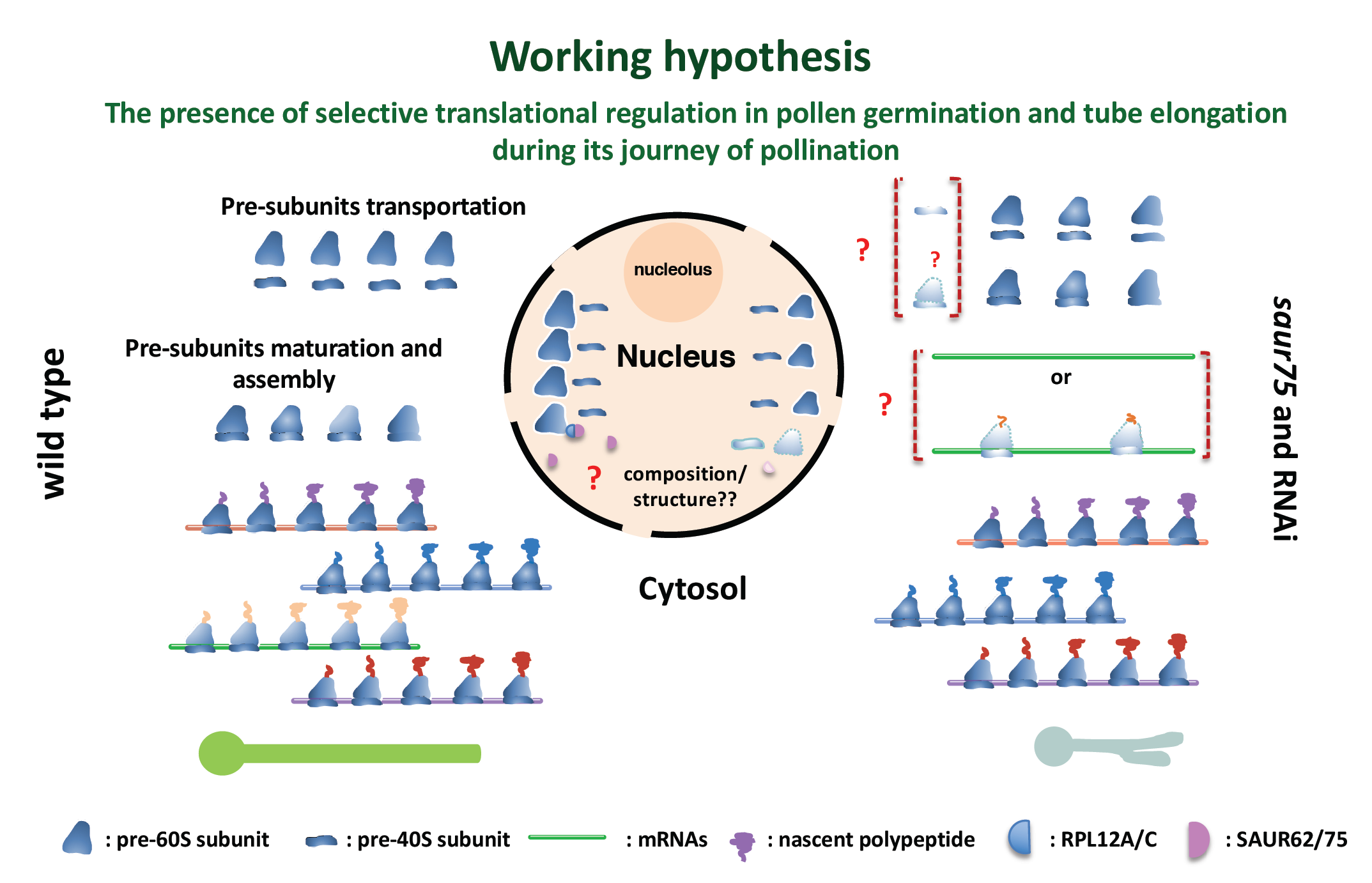