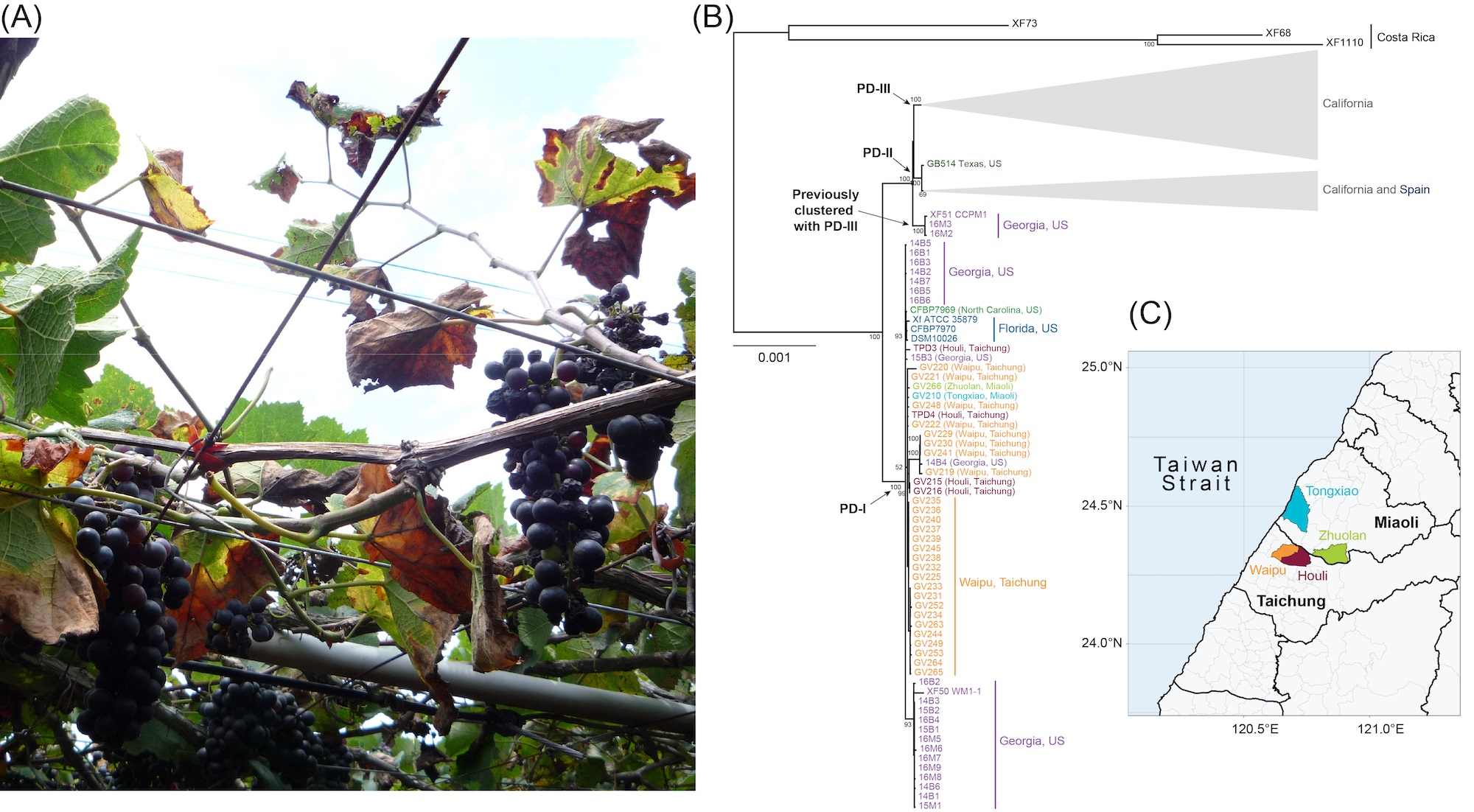 The plant pathogen Xylella fastidiosa subspecies fastidiosa causes Pierce’s disease (PD) of grapevines and is a threat in multiple regions across America, Europe, and Asia. In this collaborative work that involved the University of California, National Taiwan University, Taiwan Agricultural Chemicals and Toxic Substances Research Institute, and Academia Sinica, the research team conducted population genomics analysis of this pathogen in Taiwan. Through sampling of districts with high disease prevalence and comparative analysis with isolates from elsewhere in the world, it was confirmed that the Taiwanese populations were all originated from the Southeast United States. Following the invasion, mutation and recombination have contributed to the local expansion of genetic diversity. Intriguingly, although recombination between different subspecies of X. fastidiosa have been reported, there is no evidence of recombination between the Taiwanese X. fastidiosa subsp. fastidiosa and the endemic sister species Xylella taiwanensis. These findings provide important information regarding the global transmission of an important plant-pathogenic bacterium and improve our understanding of its evolution following invasion into a new region. Additionally, the newly reported genome sequences provide valuable resources for future studies of this pathogen.