[Chih-Horng Kuo] The microbial molecule that turns plants into zombies 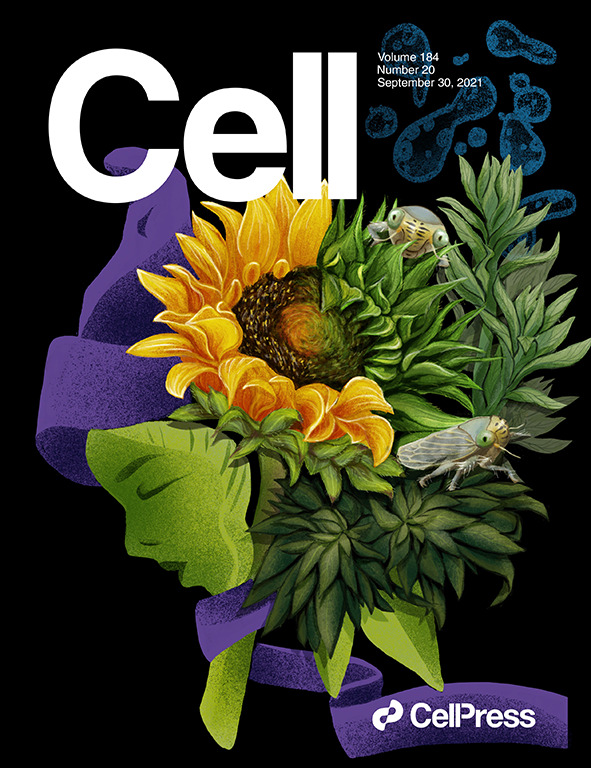 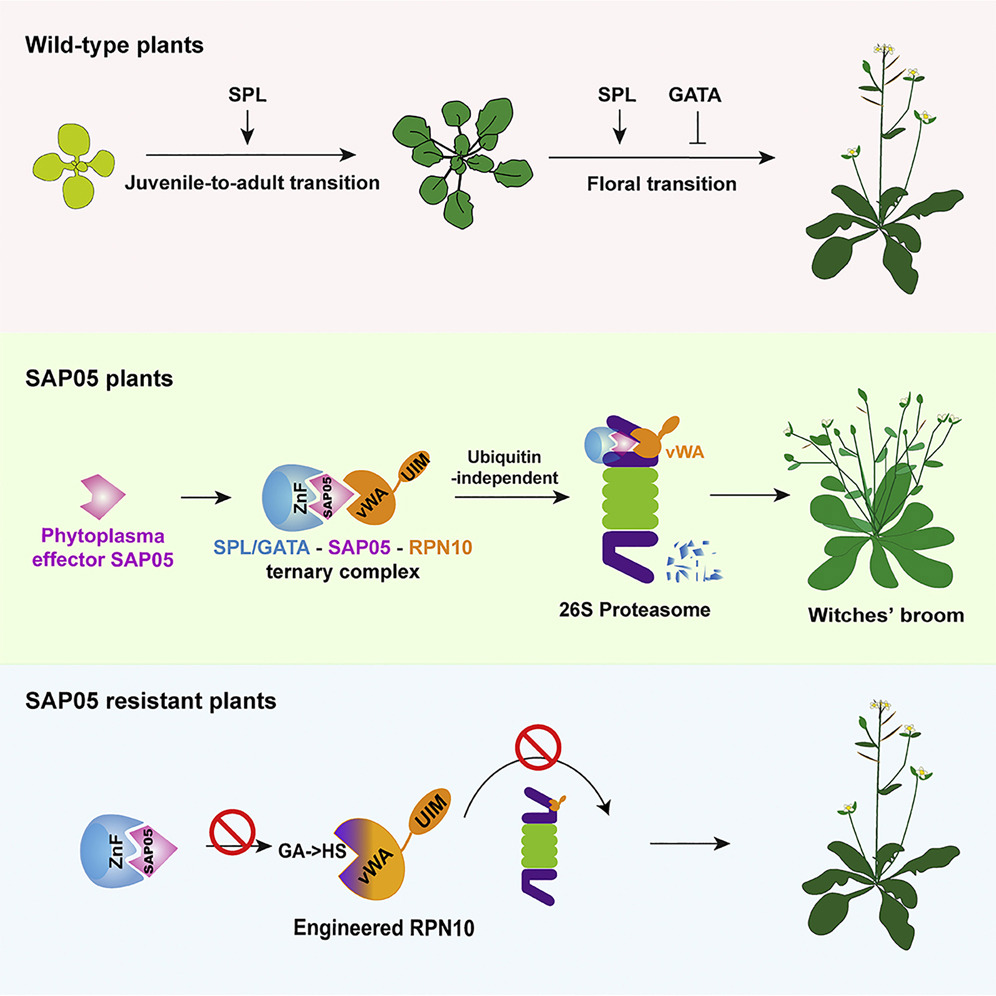 Zombie plants, witches' brooms and the curse that might contain a cure

Parasites manipulate the organisms they live off to suit their needs, sometimes in drastic ways. When under the spell of a parasite, some plants undergo such extensive changes that they are described as “zombies”. They stop reproducing and serve only as a habitat and host for the parasitic pathogens.

Until now, there’s been little understanding of how this happens on a molecular and mechanistic level.

Research from the Hogenhout group at the John Innes Centre and collaborators published in Cell, has identified a manipulation molecule produced by Phytoplasma bacteria to hijack plant development. When inside a plant, this protein causes key growth regulators to be broken down, triggering abnormal growth.

Phytoplasma bacteria belong to a group of microbes that are notorious for their ability to reprogramme the development of their host plants. This group of bacteria are often responsible for the ‘witches’ brooms’ seen in trees, where an excessive number of branches grow close together.

These bushy outgrowths are the result of the plant being stuck in a vegetative “zombie” state, unable to reproduce and therefore progress to a ‘forever young’ status.

Phytoplasma bacteria can also cause devastating crop disease, such as Aster Yellows which causes significant yield losses in both grain and leaf crops like lettuce, carrots, and cereals.

Professor Saskia Hogenhout, corresponding author of the study said: “Phytoplasmas are a spectacular example of how the reach of genes can extend beyond the organisms to impact surrounding environments.

“Our findings cast new light on a molecular mechanism behind this extended phenotype in a way that could help solve a major problem for food production. We highlight a promising strategy for engineering plants to achieve a level of durable resistance of crops to phytoplasmas.”

The new findings show how the bacterial protein known as SAP05 manipulates plants by taking advantage of some of the host’s own molecular machinery.

This machinery, called the proteasome, usually breaks down proteins that are no longer needed inside plant cells. SAP05 hijacks this process, causing plant proteins that are important in regulating growth and development, to effectively be thrown in a molecular recycling centre.

Without these proteins, the plant’s development is reprogrammed to favour the bacteria, triggering the growth of multiple vegetative shoots and tissues and putting the pause on the plant ageing.

Through genetic and biochemical experiments on the model plant Arabidopsis thaliana, the team uncovered in detail the role of SAP05.

Interestingly, SAP05 binds directly to both the plant developmental proteins and the proteasome. The direct binding is a newly discovered way to degrade proteins. Usually, proteins that are degraded by the proteasome are tagged with a molecule called ubiquitin beforehand, but this is not the case here.

The plant developmental proteins that are targeted by SAP05 are similar to proteins also found in animals. The team were curious to see if SAP05 therefore also affects the insects that carry the bacteria plant to plant. They found that the structure of these host proteins in animals differ enough that they do not interact with SAP05, and so it does not affect the insects.

However, this investigation allowed the team to pinpoint just two amino acids of the plant developmental protein targets that are needed to interact with SAP05. Their research showed that if the plant proteins are switched to have the two amino acids found in the insect protein instead, they are no longer degraded by SAP05, preventing the ‘witches’ broom’ abnormal growth.

This finding offers the possibility of tweaking just these two amino acids in crops, for example using gene-editing technologies, to provide durable resilience to phytoplasmas and the effects of SAP05.

About the Research Team

This research is part of a collaboration between the John Innes Centre and The Sainsbury Laboratory in the United Kingdom, Wageningen University and Research Centre in the Netherlands, and Academia Sinica in Taiwan.

The cover art was designed by Ms. Hsuan Pai (https://twitter.com/HsuanPai1), who is an alumna of the IPMB and currently works in The Sainsbury Laboratory.