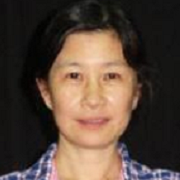 The main research focus of our laboratory has been on the anther development in the last few years. The anther is the male organ responsible for the production and release of pollen grains. Anther development is a well studied field, but many intricate features within the anther locule are poorly known, for example, the arrangement of microspores when released from the callose wall, the dehydration of locular fluid, and the drastic water movement at anther dehiscence has not been clearly revealed due to the limitations of conventional imaging tools. Also, pollen development relies on the tapetum for nutrient supply and there are different proposals on the mechanisms of nutrient transportation, i.e., via diffusion in locular fluid or via tubular networks, but studies on this subject are scanty. Cryo-SEM is superior in revealing many of these features, but has never been applied. We adopted cryo-SEM and high pressure freezing fixation for TEM in the anther development in maize (Zea mays L.) and other members in Poaceae.

Our results show that in the anthers of Poaceae species studied, the microspores/pollen are arranged in one peripheral whorl and heavily pressed to the tapetum constantly until early anther dehiscence. A central cavity starts to form in the anther locule at early meiosis and is filled with fluid until late microscope pollen stage when the microspores are highly vacuolated. After the locule becomes dehydrated, pollen grains which are pressed to the anther wall develop into normal mature grains in the gas-filled locule for the 7-9-days maturation phase. No extracellular tubular structure can be found connecting tapetum and pollen in any sample; on the other hand, abundant radially oriented microchannels are present in the pollen exine and vesicle-like inclusions in intine suggests these microchannels to be the major routes for pollen's uptaking nutrients.

In addition to the normal pollen in the peripheral whorl, sometimes there are central grains randomly positioned in the locule cavity and not in contact with tapetum, they are mostly viable at maturity, but much smaller, with limited amount of starch, and not able to germinate. Thus the peripheral position of pollen grains in Poaceae is crucial because the direct contact with tapetum ensures pollen to have sufficient nutrient supply for starch accumulation and reaching the maturity.

During anther dehiscence, the breakdown of septum is the first sign, followed by the breakdown of tapetal film, and then a relatively prolonged wall ballooning; finally severe dehydration of the anther wall in a downward direction causes anther pore opening and widening. The sequences of these events are well coordinated.